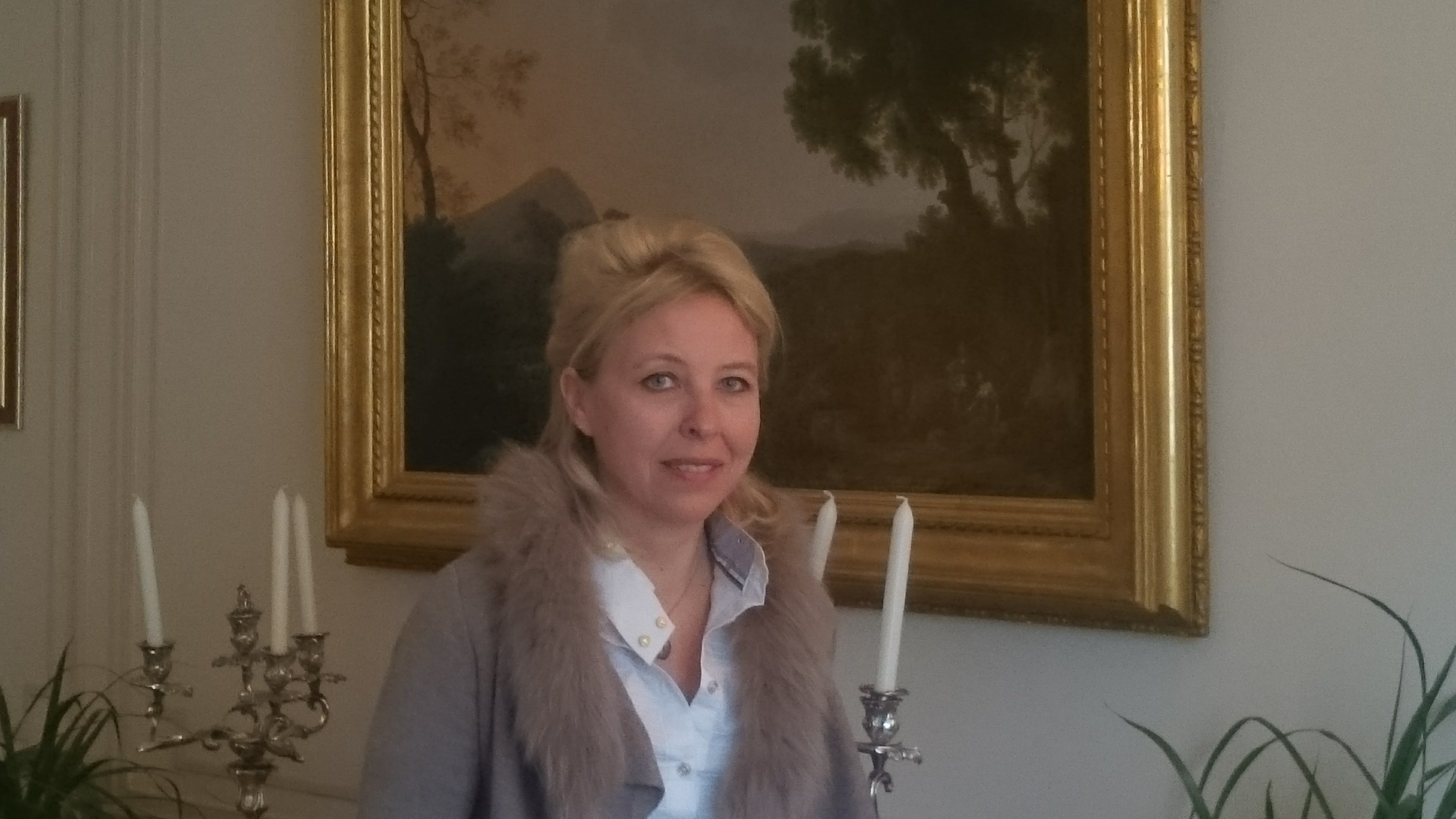 On this 2017 International Women’s Day, my thoughts are with women of the world, and most particularly mothers.. who throughout their lives must balance their most important responsibility – that of nurturing and supporting their children – with achieving in the outer world, in order to reach their full potential and realise their dreams. Not an easy feat…

One such mother I met recently is Bérangère de Pontac.. wife of “Comte” Arnaud de Pontac, the owner of the historic 17th century Château de Servigny in Normandy.  The fact that she’s a Countess did not seem to deter her from wanting to leave a mark by starting the “Servigny D-Day Fund, Jeunes artisans de paix”, or Young Peacemakers, a charity supporting efforts in educating children for the promotion and fostering of peace. It’s goal: providing Peace Education for all children, whose mission statement is to “spread peace, develop global citizenship, to remember to build better.”

As I met with the Comtesse de Pontac – an elegant blonde – in her gracious Parisian apartment, she explained to me that her idea for founding the charity started by being inspired to use the essential part in history that their family seat, the Château de Servigny, played in achieving peace in Europe, having been the sight of the signing of the Cherbourg surrender of the Nazis to the Americans in World War II (on June 26th 1944), given its location right next to the D-Day  landing beaches, in order to promote the values of peace, harmony, and highlight the importance of good will, within each of us as citizens, to shape our current and future world.

Given the intrinsic history within their own stately home, being a mother herself to three lovely daughters, and wanting to achieve and build something of substance and meaning which to transmit to her daughters and for posterity, the idea gradually came to Bérangère de Pontac to develop a program to help provide a more benevolent and culturally rich education for the young, using the tangible historical examples provided by Château de Servigny in order to teach children how to better their future: consisting of a free world and one that thrives off a peaceful foundation. In essence, the Servigny D-Day Fund (SDDF) is entirely devoted to youth, education, benevolence, culture and passing on the importance of history and tolerance through education. Already this year many schools and associations have entrusted SDDF by reserving class trips and organising peace conferences through the organisation.

The Servigny D-Day Fund was originally created on the 28th of June, 2014, following the 70-year commemoration of the Cherbourg Surrender, held at the Château de Servigny in Normandy two days earlier, under the patronage of the French commission for UNESCO, and in the presence of then Interior Minister Bernard Cazeneuve.  During the ceremony, a ‘Peace Mosaic’, created by over one hundred children, was unveiled by UNESCO.

“As the face of hope, enthusiasm, and dynamism, we believe that children will shape tomorrow’s world. They all have the capacity and desire to learn, if we guide them on the right path, with their hearts.”

The Servigny D-Day Fund’s philosophy is that by encouraging children and recounting to them, through both educational conferences and trips, the history and experience of their ancestors, the young will be able to realise that a peaceful world is a fragile gift, but one that is worthy, and must be protected at all costs. 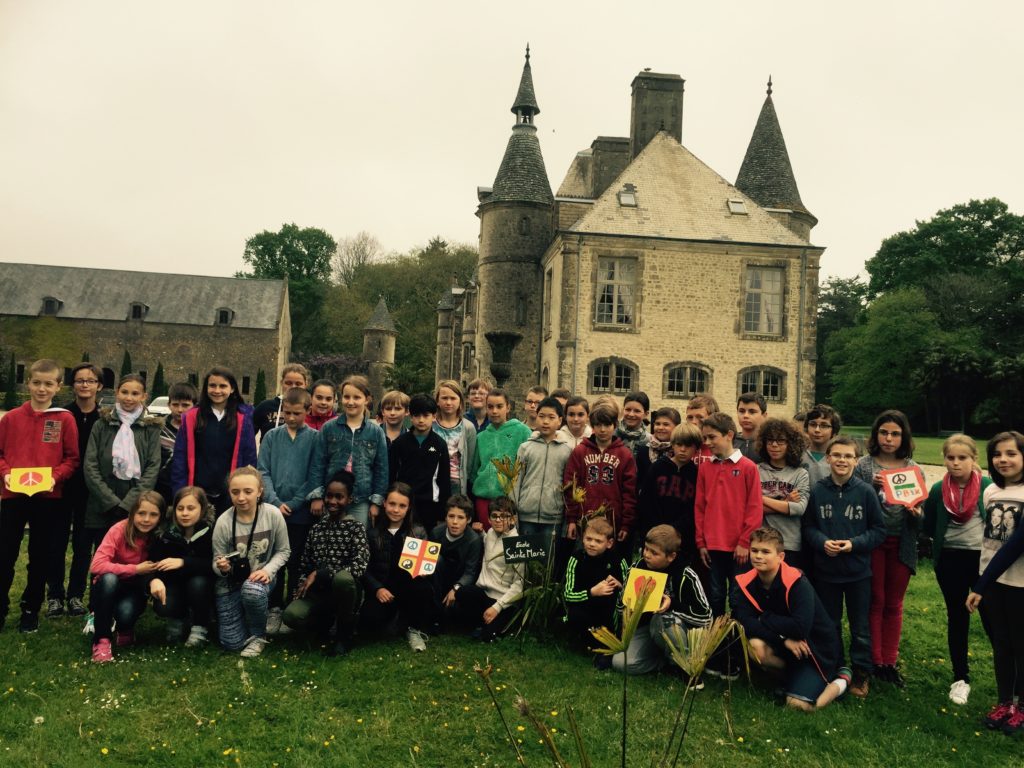 Bérangère de Pontac went on to describe her vision: that peace is not just a concept, nor is it unattainable. In fact, peace continues to build upon itself and strengthens each day as long as there are those, young and old, who are willing to aide our world and stand in solidarity to promote and preserve peace.  Each person, no matter what age, religion, or race, is responsible for and plays a vital role in laying the foundation of peace. Through educating themselves on the history of their grandfathers and great grandfathers, children can harness a deep desire to build a better future for themselves, so that in tomorrow’s world, their responsibility will shift to preserving peace, instead of creating it.

During our meeting, I was fascinated to learn more about the “Servigny D-Day Fund – Young Peacemakers”, and found that its “raison d’être”: promoting peace through education is indeed a very worthy and timely cause.  Additionally, the link of the Château de Servigny with French and American history is, I believe, very important to – and a key ingredient of – the French/American cultural bond, and as such, should be very relevant to associations promoting Franco-American relations in France, and the wider American community abroad.

Bérangère further explained that thanks to donations and the generous support of individuals and associations such as the American Women’s Group in Paris and others in 2016, the Servigny D-Day Fund was able to attain its objectives and organize many activities and events for peace with young people and children.

The first half of the year was devoted to lectures and exchanges on peace in schools, and to the ‘circuits’ of Remembrance and Peace in Normandy, which include taking the children on tours of the landing beaches and a visit to the Château de Servigny, showing them the actual room where the peace treaty between Nazi Germany and the US Armed Command was signed by General Joseph Lawton Collins and General Karl-Wilhem von Schlieben.

On June 6, 2016, on the anniversary of the Normandy invasion, the SDDF was most surprised and delighted to receive a letter of support from the then French Minister of the Interior, Mr. Bernard Cazeneuve, acknowledging and welcoming their program of education for peace for all children.

Furthermore, on the 21st of September, 2016, International Peace Day, the French Ambassador to UNESCO, Mr. Laurent Stefanini, with the sponsorship of the SDDF – JAP, hosted at UNESCO one hundred and twenty young people in a dialogue regarding the state of peace in the world and in France today and explained to them the role of UNESCO as a supranational peace-keeping organization throughout the world. This gathering left an indelible impression on the minds of these youngsters, keenly aware of the troubled times we are living in.

Bérangère de Pontac was also delighted to announce to me that a few months ago, on October 30th, 2016, the Servigny D-Day Fund received confirmation from the “Fondation de France” that it had been granted the European tax authorization for Transnational Giving Europe, thus enabling the tax exemption of donations to the charity from a long list of European countries: including France, Belgium, Germany, the United Kingdom, and Switzerland, amongst many others. In practice, this means that donations received before December 31, 2017, will benefit from income tax deduction of 66% for individuals and 60% for businesses (articles 200 and 238 bis of the CGI).  It was evident that this meant a lot to its founder, facilitating fundraising from donors so that more of the charity’s development projects can be realized, allowing the SDDF to grow and achieve its peace education goals, in service to all children.

In addition to the many actions carried out by the Servigny D-Day Fund, the “Peace Arboretum” created in June 2015 was expanded by about 40 Trachycarpus palm trees in 2016.  The concept behind the Arboretum is that a donation or gift of 400 € (or more) allows the donor to become owner of a palm tree planted in the Servigny Peace Arboretum, in the grounds of the Château de Servigny, either in the donor’s name, the donor’s company name, or the donor’s children’s names.

Therefore, each donation of 400 € made it possible to finance the cost of guided tours for the equivalent of a class of 25 students at the Caen Memorial and the Utah Beach Museum, i.e. two pedagogical activities: a guided tour of the Memorial and a visit to the Utah landing beach and its museum by a master-lecturer of the museum.

As for the charity’s plans for 2017, conferences are already scheduled for this spring and the “Servigny D-Day Fund – Young Peacemakers” has just signed its first tour of the year. Also, several development projects and peace activities for young people are scheduled to be organized this summer.

At present, the Servigny D-Day Fund is looking for funding from businesses in order to assure its “commitment to impart that this spirit of peace is able to reach all children and youth”. 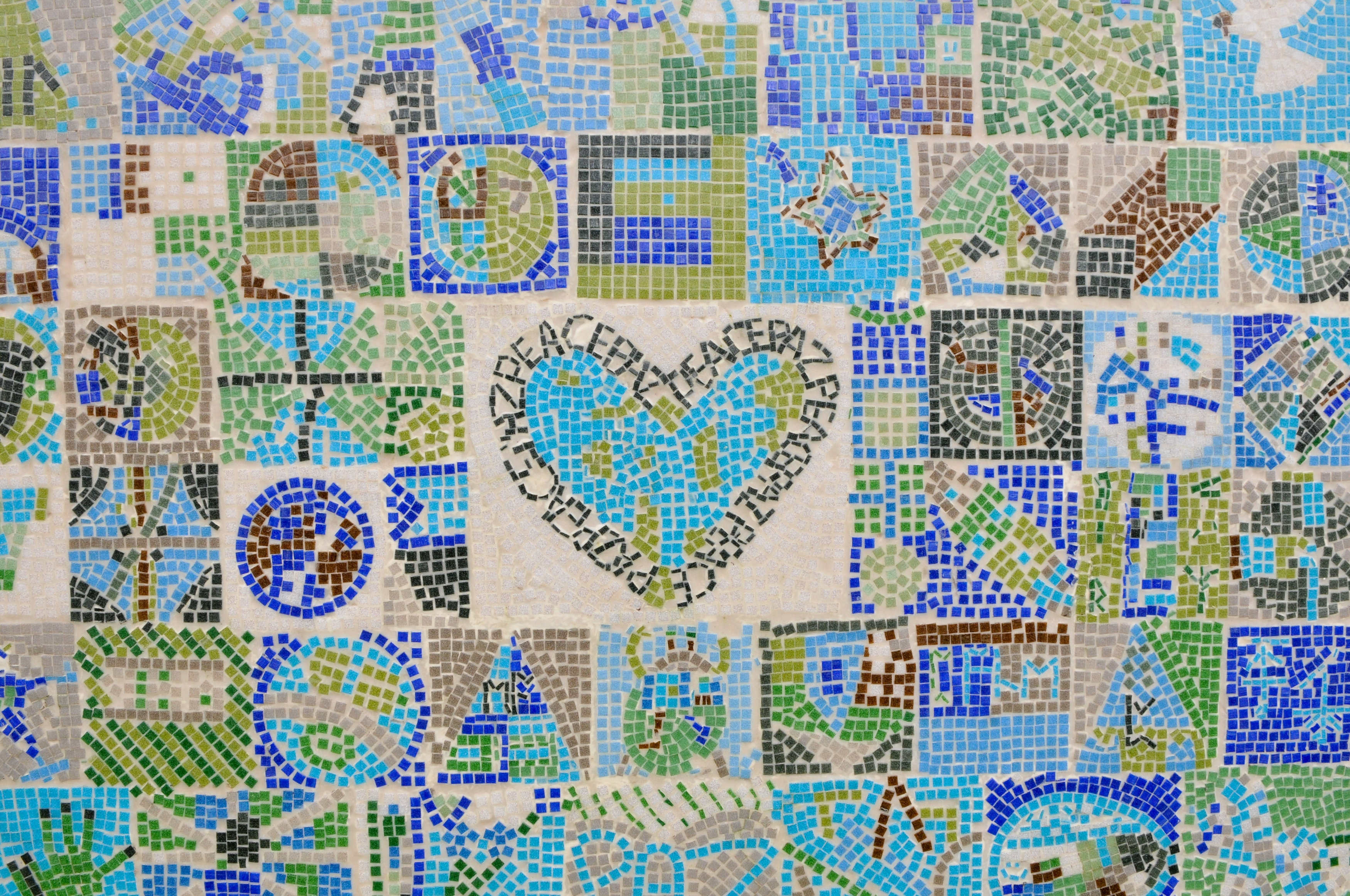 I left Comtesse Bérangère de Pontac’s company inspired by her vision of building peace in our world through nurturing the minds of the young.. if necessary, one child at a time, one school at a time.. thus creating a ripple, a wave, and eventually a tsunami of Peace in our world.

On International Women’s Day, I salute all women and mothers wanting to create change… one step at a time.  I, for one, deeply share that aspiration.